Caffe Latte, typically just called as latte literally means milk coffee. Other countries also have other names for the same drink, in France, they call it as grand crème. In Germany, it’s known as Milchkaffee, and in Austria, it’s known as Weiner Melange.

Latte on its own means milk, so any drink that has milk in it is also called a latte. Nowadays cafe’s serve different types of latte like Green Tea Matcha Latte, Mint Tea Latte, Turmeric Latte and many more! Sometimes the latte uses different milk alternatives like soy milk or almond milk, for those who are lactose intolerant.
With that being said, once you go to Italy, make sure you order ‘caffè latte’ and not just latte or else you’ll find yourself dumbstruck with a cup of milk in your hands.

How is Caffe Latte prepared?

The Caffe Latte is typically prepared in an 8-ounce cup, glass or mug. Some may serve it bigger on a 12-ounce cup. The caffè latte has either a single shot or a double shot of espresso with one shot approximately measuring up to 30 mL and slowly filled with a nice mix of steamed milk and foam on top.

When preparing a cold cup of caffè latte, you start off by preparing a strong coffee (mostly espresso) and mixed with milk. The milk isn’t steamed or frothed but just scalded. An iced caffè latte has a 1:1 milk and coffee ratio, some would serve it as it is but some would also prefer a dash of whipped cream on top.

How Caffe Latte is Served Around the World

Latte Art has totally become an entire coffee science on its own. Latte art is the decorative pattern or design that forms on top of a latte. Latte art is actually quite difficult to do and even conquer because the quality of a latte art is affected by so many factors, namely:

We may not know it but Latte Art started long before in the late 1980’s but is gaining much attention nowadays. It is particularly difficult to make because latte art is an art form that needs to be done quickly because the microfoam itself easily dissipates. 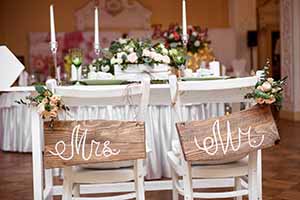